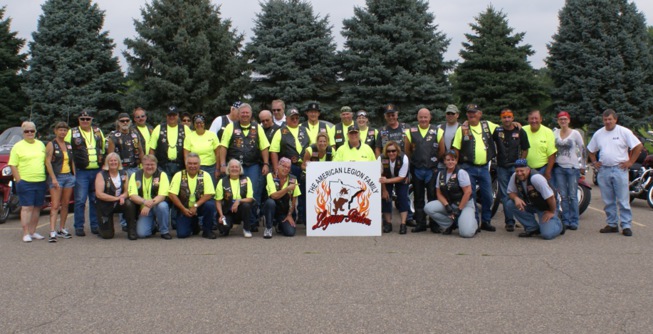 They approached the The Commander of The American Legion, Department of Minnesota for permission to organize a run to gather and raise funds for this scholarship. He (it just so happened) had initiated a $1000  donation to the Legacy Scholarship Fund at National Convention. But he wanted to do more. This was an opportunity. He agreed and appointed two of them as co-chairman of the run.
They brought others in, who were interested in supporting the kids, were members of the American Legion Riders, and and thought a run would be fun.
The first one was in 2010, covered all 10 American Legion Districts in the state of Minnesota, and continued on to The American Legion National Convention in Milwaukee.
We have done this every year since, and continue to ride for the kids.